Mark Nichols prefers to go by the name “Hobo Shoestring” and he is freight train hopper. It means he rides around from place to place, stowing away on board trains. He has a modest social media following and regularly uploads videos to his YouTube channel as well as his Facebook.

All of that stopped on October 18th, and since then no one has heard from him. His closest friend, a man who wishes to be identified only as “John” says that this is completely unlike Shoestring.

“I met him when I was a train-rider back In New Orleans, in 1993. We’ve been in touch every few days since then,” John said.

People from all over have been looking for Shoestring since he disappeared. He has a community of followers and supporters from all over the country. Some are fellow hobos, others are just people who like watching his YouTube videos. All of them are concerned now for his well being. People in different cities who are inside the hobo community have been talking to each other, looking for any sign of Shoestring. 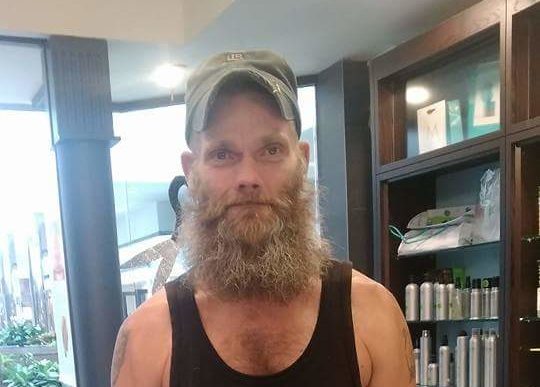 “It’s such a fascinating community, and they watch out for each other. They all talk to each other and look out for one another.” Said Wendy, who is a follower of Shoestring’s.

Shoestring was last known to be in Shreveport, under the Common St. overpass. He posted a picture from that location ay 5:50 pm Wednesday the 18th.

John said he fears the worst. According to him, Someone called him from Shoestring’s phone, and said they needed $50 to give Shoestring his phone back. The caller stated he had bought the phone from a person named “Dominic”. John asked the caller if he knew anything about Shoestring’s location, but the caller denied knowing who Shoestring was. The only thing the caller did confirm was that he was calling from somewhere in Shreveport.

Since then, no one has been able to contact Shoestring, although someone is checking his Facebook messages. John says that even if the phone was stolen, Shoestring knows how to go to public libraries and use the internet, so he can’t understand why his friend hasn’t reached out to him yet.

The only other clues are three YouTube videos that have been uploaded since Shoestring’s disappearance. The first video shows an unidentified male laying on a bed. You can hear the male saying “5 minutes brother and it’s over. Seven till ten and fifteen hours.”

You can watch this video here:

No one knows what that means, but one thing his followers are sure of, the man in the video is not Shoestring. The second video is only a few seconds long and shows someone watching the television. The third video is the same as the first.

The community is searching for answers, but so far has come up empty. Several people on his YouTube channel have commented that they are coming to Shreveport to help look for Shoestring. No one is sure if a missing persons report has been filed with Shreveport Police or not.

Shoestring is a 47 year old Caucasian male. He has short greying hair and a very long grey beard. He has two tattoos, one on each arm. He is approximately six feet tall and weighs approximately 160 lbs. Shoestring’s friends ask if you see him to comment on his YouTube page.

Update from KZRG: “PITTSBURG, KANSAS -On Wednesday Oct 25, 2017 at 4 AM Officers responded to a residence in the 3100 Block of Scotty Drive, for a report of an injured male seeking help from residents in that area. Mark Nicholas, 47, was determined to have been injured while jumping off of a moving Kansas City Southern Railroad train.

The residents and arriving officers rendered 1st aid to Nichols’ severely injured hand, prior to EMS’s arrival. He was transported to Via Christi Hospital for non life threatening injuries. Nichols was issued a summons for Trespassing on Kansas City Southern Railroad property.”