The final production of Stage Center’s sixth Mainstage season is Curtains, Broadway’s musical comedy whodunit from the writers of Cabaret and Chicago with music by John Kander, lyrics by Fred Ebb, and book by Rupert Holmes. Directed by Jared Watson, choreography by Courtnei Gabriel & Tamara Mayer Sexton, and Seth Taylor as musical director.

Curtains takes place backstage at Boston’s Colonial Theatre in 1959, where a new (possible) Broadway smash is being threatened by its talentless leading lady. When (gasp) she dies on stage during the curtain call, a local detective arrives to investigate the cast and crew. But when, in true dramatic fashion, the glitz of of the theatre draws him in and after romance strikes, he finds himself just as motivated to make the show a hit, as he is in solving the murder.

For information on this or any of Stage Center’s wonderful upcoming projects or to join their mailing list, call 218-9978 or email stagecenterla@gmail.com 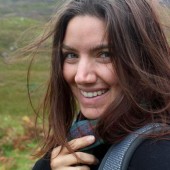